Sports are very important in our lives for many reasons. They are both for our physical and mental health and are responsible for developing organizational skills. Many people like to do sports, much love and enjoy watching it. 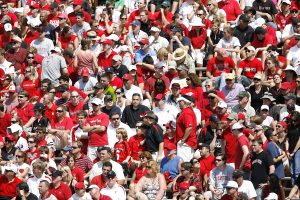 Sports can be competitive and non-competitive. For some reason, people prefer and enjoy more competitive than non-competitive sports. It does not matter whether the sport in question is an individual or a team sport, it is important it is competitive. People love watching competitive sports and cheering for their team or their favorite players. Those who love a particular sport or a player are called fans. The more fans a team or a player have the more popular they are. Fans follow the matches and cheer for their favorite team or players. They identify with the team and feel extreme happiness and sadness when the team loses or wins.

Identifying with your sports team or sports player is very common among sports fans. However, how do we manage to identify with the team? How do we manage to feel the joy or sadness on behalf of the team we cheer for? In the following paragraphs, we will try to present the possible answers and discuss them in order to see what it means to identify with a sports team and how is that even possible. 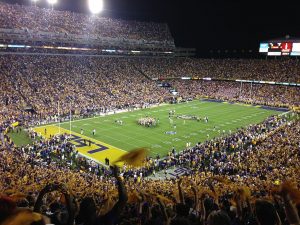 TRUE FANS OR NOT?

True fans, on the other hand, do not depend on the team’s winnings. They remain faithful to their team whatever happens on the field. They always see their team as heroes even if the team loses the game.

All fans share some characteristics. First, they identify with their team. They feel true happiness when the team wins and sadness when the team loses. It is not uncommon to see fans crying while watching the game or openly expressing their feelings by jumping, pulling hair etc. They are very often biased and not able to see when their team does something wrong. They idealize their team no matter what and have a hard time accepting when the team is wrong. In addition, fans are subject to superstitions. They believe that if they do something the team will win or lose. They bring their lucky charms to the match in order to help their team win.

IDENTIFYING WITH THE TEAM