People tell stories and enjoy telling and retelling them over and over again. Some stories are real while others are just the invention of the human mind. When one story gives us an insight into one nation’s culture or religion explaining a natural or social phenomenon we call it a myth. Myths are a very important part of our culture and essential for cultural development. Some mythical stories through different cultures seem to explain the same phenomena in a similar way, while others tell culture-specific story and phenomena thus giving us an insight into the perspective and mind of the nation.

In the following paragraphs, we will try to explore and discuss the most famous mythological tales about creation told by the Greeks, Japanese and Christians. 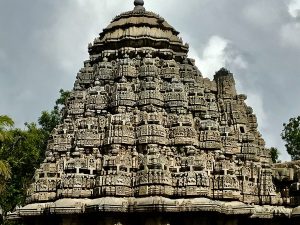 One of the most famous myths in the western Christian world is the myth of the Original Sin. The story starts with the creation of the world. God created the world out of nothing in six days. In his own image, God created Adam, the first man to walk on Earth. Since Adam was lonely, one night, God decided to take Adam’s rib and create a woman, Eve, to keep him company. They lived in the wonderful garden of Eden where they enjoyed every single day. However, in the garden of Eden, there was the forbidden tree – The Tree Of Knowledge. Adam and Eve were not allowed to eat the fruit of this tree or they would suffer great consequences. However, even though they obeyed the God’s rule in the beginning, they were tempted by the Devil who in the form of a serpent tricked Eve to take a bite of the forbidden fruit. Adam ate it too. At that moment, humans gained the conscience and became aware of their nakedness. God expelled them from the Garden of Eden and cursed all of humanity to pay for their sin.

THE CREATION OF THE WORLD BY THE GREEKS

According to the Greek mythology, in the beginning, there was only chaos. Then the Night appeared. Afterward, Love was born and it brought order, light and day. The moment Light and Day appeared the Earth was born, Gaea.

Much later came Cronus, the titan who was the son of Gaea and Uranus, her son. He was prophesied to be overthrown by his son so he ate all of his children in order to prevent the prophecy. His wife Rhea gave him a stone instead of a child which he swallowed, and the child, called Zeus remained alive. Zeus defeated Cronus. Cronus vomited all his other children who returned with Zeus to Mount Olympus to rule. 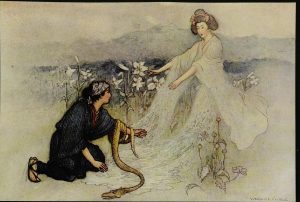 According to the Japanese mythology, the first couple to ever walk on Earth were Izanagi and Izanami. They lived in happiness and joy to the moment Izanami died while giving birth to the fire-god. Her husband, Izanagi was torn apart that he followed her to the land of the dead to bring her back. Since Izanami ate the food of Yomi, the land of the dead, she decayed and could never return to Earth. When Izanagi saw her, he started running away until he reached the light. He covered the entrance with a boulder. His wife threatened to kill a thousand living humans each day, while he threatened to create 1500 more. And that is how the underworld and the human world were separated forever.