Covering bodies in order not to be naked is a feature shared only by humans. Humans are only creatures on Earth that are aware of their nakedness and have a desire to cover their body. According to Christian Mythology, the moment Adam and Eve took a bite of the Forbidden Fruit they gained awareness of their nakedness and desired to cover their body after which they were expelled from the garden of Eden. Whether you are a believer or not, it is a fact that clothes are unique for humans. 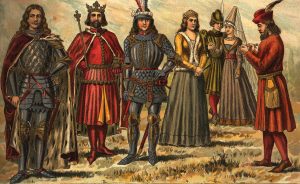 The necessity to cover our bodies has turned into a fashionable trend. Clothes are not made just to cover us but to make us more beautiful or to express our unique personality. Fashion has always been an important part of our lives, and it depicts the ideas and thoughts of people making and wearing the clothes.

When and how were the first clothes ever made? And why did we start wearing clothes? Was it too cold? When did it become a taboo to be naked? When did we start feeling ashamed of our bodies? Too many questions to be answered, and many possible answers. In the following paragraphs, we will try to explore and discuss possible answers to these questions, from why we wear clothes, to how clothes were made and changed through history. 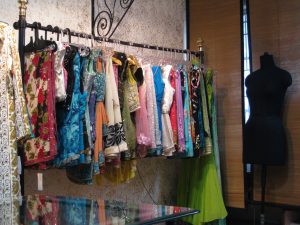 WHY DO WE WEAR CLOTHES?

It is a mystery yet to be solved (if ever). Nobody knows when we started covering our bodies, and many myths, like the Original sin, for example, try to explain this phenomenon. Some anthropologists think that our skin changed when we changed and became less adapted to protect us from weather conditions. Others, on the other hand, believe that clothes were invented for purposes of magic, prestige, and decoration.

Some evidence was found that states that we have started wearing clothes 100 000 to 500 000 years ago, and some sort of sewing needles, although primitive, of course, were dated around 40 000 years ago.

WHEN AND WHERE DID WE START USING CLOTHES?

It is assumed that the first material ever to be used was animal skin – leather. However, in the late Stone Age, textile appeared in the Middle East. In Anatolia, for example, some woven textile was found. Cotton was used in India, while linen cloth was made in Egypt.  Silk was used in China. Textiles, fabric, and clothes led to the development of great civilizations in the East, such as China, Egypt, and others.

HOW THE CLOTHES CHANGED OVER HISTORY?

In the Ancient Greece and Rome people did not cut fabric because it was really expensive. They make clothes out of it without cutting. During Medieval times, very richly patterned clothes were made. However, European fashion begins in the 14th century with Crusaders who brought silk. In Renaissance, more complex clothes were made. Industrial revolution brings machines that sew and produce the fabric of better quality and lower price.

Fashion we know nowadays changed its primary purpose from protection to expressing ideas and prestige. And this is the reason why it is important nowadays.