North America has been known as a melting pot for quite some time and there is a reason for that. Many people from all over the world wanted to settle on the “new” continent and start new lives, for themselves and their families, too. The population changed over the centuries and became what it is today, a melting pot of different cultures and people.

The changes started with the first settlers from England, France, the Netherlands and Germany came over. 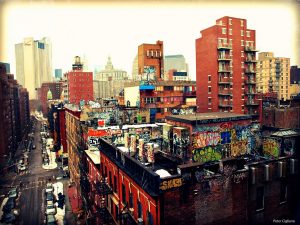 New England was a colony which had educated people and scientists among their many settlers. Given how they settled in a very climate-friendly area, their population suffered little losses, which was also due to a steady food supply. Apart from the scientists, their colony had lots of farmers and craftsmen. This colony spread out very quickly due to a high birth rate and very few deaths.

New York started out as a Dutch colony in 1626, to be taken over by the English in 1664. They had lots of educated people as well, traders and people from different nations. They started prospering as a trading center and took off after 1700.

Philadelphia and Pennsylvania were two other notable colonies known as the middle colonies. Both were run mainly by Quakers who migrated. They were quite prosperous, both of the colonies.

The frontier was settled by Irish and Scottish immigrants who went seeking cheaper land away from the already populated and expensive colonies.

The South, Virginia, South Carolina and Maryland were growing due to plantations and farmers. Tobacco and rice were the main resources. By 1755, about 40% of the population in Maryland were African Americans. In 50 years, their population increased by 5 times. 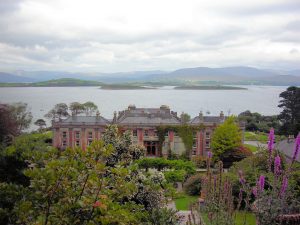 Due to the Famine in Ireland in 1841, many Irish people migrated to the USA. It was reported that almost 800000 Irish people migrated from 1841 to 1850. Some migrated straight to the United States, others went on so-called “coffin ships” to Canada. The death rate on those ships was very big, thus the name. Once in Canada, many simply walked to the USA while others caught transport ships for Boston or New York.

The rest of Europe had its potato crisis in 1848, resulting in many people from France, Germany and the UK to come to the USA. A total of 779000 people migrated at that time from those countries.

As the years went by, going towards the 20th century, the second half of it, immigrants from Asia and Latin America overshadowed those from Europe in their numbers. The USA became truly a melting pot of cultures and people, ever changing and evolving.