The Aboriginal, or indigenous, people in North America, were the people who had been living there before Columbus’ arrival in 1492 and their descendents are present even today. 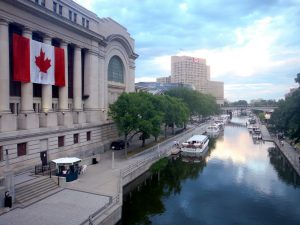 Aboriginal Canadians are the original inhabitants of modern-day Canada. There are three groups of indigenous groups in Canada. The First Nations are those south of the Arctic Circle, the Inuit are those in the Arctic region, and the Métis ara those who developed after the First Nations made contact and married with Europeans and mostly live in Ontario and the Prairie provinces. The fact that these peoples experienced a somewhat peaceful history comparing to the natives in the US helped them to preserve their national identity and culture. They are a significant part of the Canadian culture, including their agriculture, settlements, architecture, trading networks, and hierarchies. The 2016 census states that there are 1,673,785 Aboriginal people in Canada or 4.9% of the entire population. The Constitution Act, 1982 protects all Aboriginal Canadians and their „Indigenous Rights.“.

Indigenous Americans, Native Americans, American Indians, or just Indians, are the indigenous people of the USA. The Bureau of Indian Affairs of the United States legally recognizes 567 Native American tribes, and 326 of them are Indian reservations. The 2010 census states that 5,220,579 people identified as Native Americans alone or in combination with other races or one or more ethnicity.  Alaska Natives is a collective name for 11 indigenous peoples of Alaska: Alutiiq, Athabaskan, Cup’ik, Eyak, Haida, Iñupiat, Tlingit, Tsimshian, Unangax, Yup’ik and St. Lawrence Island Yupik. Their population is estimated to be over 120,000.

Today’s Native Americans’ ancestors arrived probably more than 15,000 years ago on the territory of what is now the USA. They were significantly affected by the European colonization which started in 1492, and in time due to warfare, slavery, and diseases, the population rapidly decreased. Native American self-determination movements have been trying for decades to make a change in the lives of these peoples by restoring tribal community, renewing the culture, developing reservations and education, but they are still faced with many challenges well into the 21st century.

Before Spanish conquistadors arrived at the territory of present-day Mexico, it was home to many indigenous civilizations: the Olmecs, the Zapotecs, the Mixtecs, the Maya, the Purépecha, and the Aztecs/Mexica. As opposed to the colonization of the rest of North America, this colonization was marked with racial intermingling. The term Mestizo signifies a person of dual descent, both Caucasian and Native American, and Mestizos became the majority of the population here. All indigenous languages in Mexico are granted the same validity as Spanish according to the General Law of Linguistic Rights of the Indigenous People, and there are more than 60 of these languages which are given the “national languages” status. The second article of the constitution grants the Mexican indigenous people various rights, such as the right to preserve their culture and language, the right to choose forms of political, social, economic and cultural organization, the right to elect representatives, etc.